In August, 1899, trustees Callaghan, Sharpe and Lazenby met to choose a site for the Hammond School. A public meeting was called to make the decision between John Hammond’s property or Harris’ Hill. The former was approved by a vote of twenty-five to fifteen.

Peter McTavish, formerly of South Lillooet School was appointed teacher. The trustees bought cordwood, a new broom, a saw and an axe and opened the school in rented premises for five months. By then the school population had grown to forty and the trustees asked the government to increase the salary grant. The request was refused. Five years later the annual meeting agreed to levy a local assessment so the teacher received his increase and the grounds were improved.

When a replacement school was needed the earlier dispute on site was reopened. The people of Pitt Meadows felt it was too far from their homes. When the original site was again approved and the school rebuilt in 1912, the Pitt Meadows people set up their own board in 1913 and shortly after that became a separate municipality. Their high school students were allowed to attend the Maple Ridge School on payment of a fee by the municipality, which kept close watch on their attendance. (In 1933 this fee was forty dollars per student for Grade 12, or thirty-five dollars if the Pitt Meadows students attended grades 8 through 12). The formation of School District #42 in 1946 once again brought the two areas together for school purposes.

August of 1999, was the 100th Anniversary of a school on the site of the present building. The staff had a major school-wide theme for the spring of 1999 to focus on Hammond’s Heritage – the community and the school. Depending on what information is read, the main core of the school was 85 to 87 years old in 1999.

The new school building was opened in the fall of 2000 and continues to serve the community to the present day. 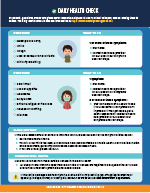